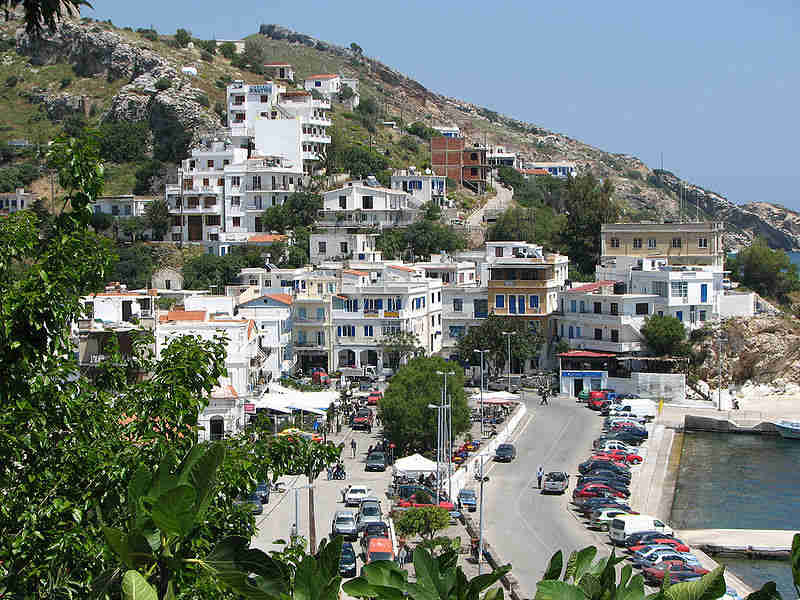 Agios Kirykos, a municipality on the island of Icaria, Greece. Photo by Stelios Kiousis / CC BY-SA 2.0

Situated 10 miles southwest of Samos, Ikaria Island or Icaria is a Greek Island in the Aegean Sea with only a total of 8,423 inhabitants. Most of the island is composed of the Aetheras range with its highest peak of 3,402 feet above sea level. The locals reside in the lower plains near the coastal area while a few are in the mountain area.

Ikaria Island is known as a Greek land of myths. It is very rich in history and there are a lot of beautiful things that are in store for tourists who want to explore this island.

Here are 5 reasons to visit Ikaria Island in Greece and what is in store for you:

Visiting Ikaria Island will take you to a whole new side of the world. You will enjoy the luscious green color of the trees, bushes and mountains. The island is also popular for strong red wine production. There are also plenty of wild animals that can be found in the mountainous areas such as jumping spiders, martens, toads and otters.

The locals residing in the island are known to have lived long years. The island has low rates of illnesses such as dementia, cancer and diabetes. This is due to the geographical situation of the island. People are used to taking long walks from one destination to another.

The Ikarians are upholding their efforts to keep their island untouched and natural. The neighboring islands of Mykonos and Samos may be already very much publicized to tourists. But Ikaria kept its natural beauty and prevents the dominance of outside influences.

When you visit Ikaria, you can go hiking so you will be able to explore the beautiful island. You will see gorges, scenic greenery, rivers and mountains filled with pines, cypress and oak trees. Go to Radi forest and Aeolian park.

Greece is home to the gods and goddesses and mythological stories. In fact, Ikaria is named after the god Icarus. Icarus was an inventor who accidentally landed near the island’s shores when his invented wings melted.

Drakano is situated in the east side of the island which is believed to be where the god Dionysus was born. The temple of the goddess Artemis is found inside Nas or the place where the water nymphs, also known as Nayads live.

4. Witness the Lives of the Locals

While Ikarians may be dubbed as “eccentric”, they are still open to travelers who visit their town. If you will go to the villages, you will be able to witness the day–to–day living of the inhabitants.

The capital of the island is Agios Kirykos and is also the center of trade and commerce. If you go to Evdilos, you will see streets made out of cobbled stones and old houses. You can also shop for souvenir items in the amazing villages of Karkinagri, Karavostamo and Christos.

If the mountains are not enough to satisfy your senses, go to the beaches . You will be treated to the many beaches surrounding the island. You may opt for pebbly or sandy beach. Go to Armenistis to the Messakti and Livadi beach or Prioni, Faros, Drakano or Lefkada in Agios Kirykos, among others.

If you are looking for a unique travel experience, visit the island of Ikaria in Greece and you will discover a place filled with history and natural beauty.